You have defined a default plate-layout in your protocol definition, but now you encounter plates with a different layout. How to go about and enter the differing layout?

First, you will start by importing your data into the vault as usual, though for now ignoring the layout. After the import is finished (data committed), select in “Explore Data” the “Protocols” tab  and select the protocol in question. Now you continue via any of the following options to change/add control layouts: 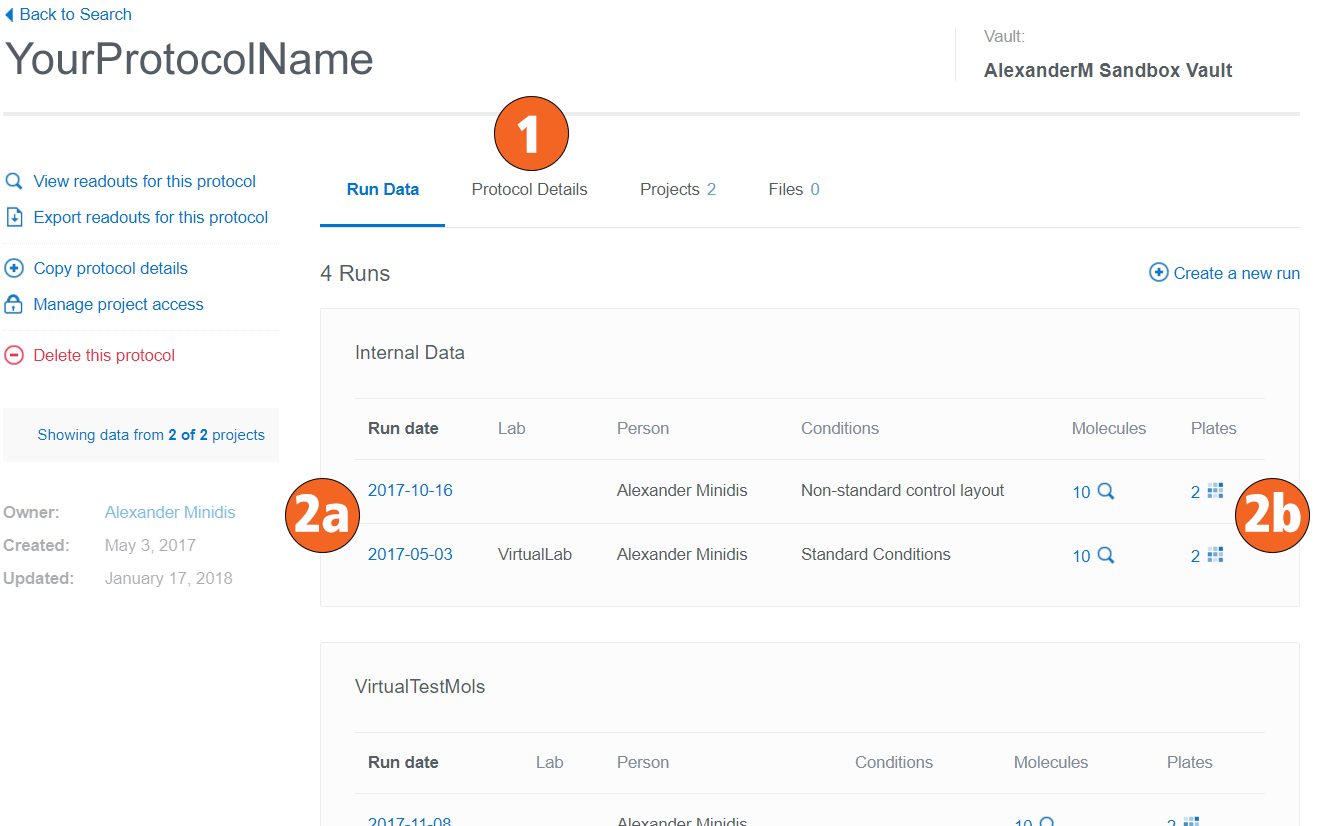 Normally, this inherits the Protocol-level layout, though it can be overridden after the Run was created. This option is the easiest one for multiple plates in the same run, overriding the standard plate-layout.

Choose a “Run date” (2a) to drill down further.

[Note: you can achieve the same via “Plates” level (2b), though you with will end up at the same place though via a “detour” of more clicks] 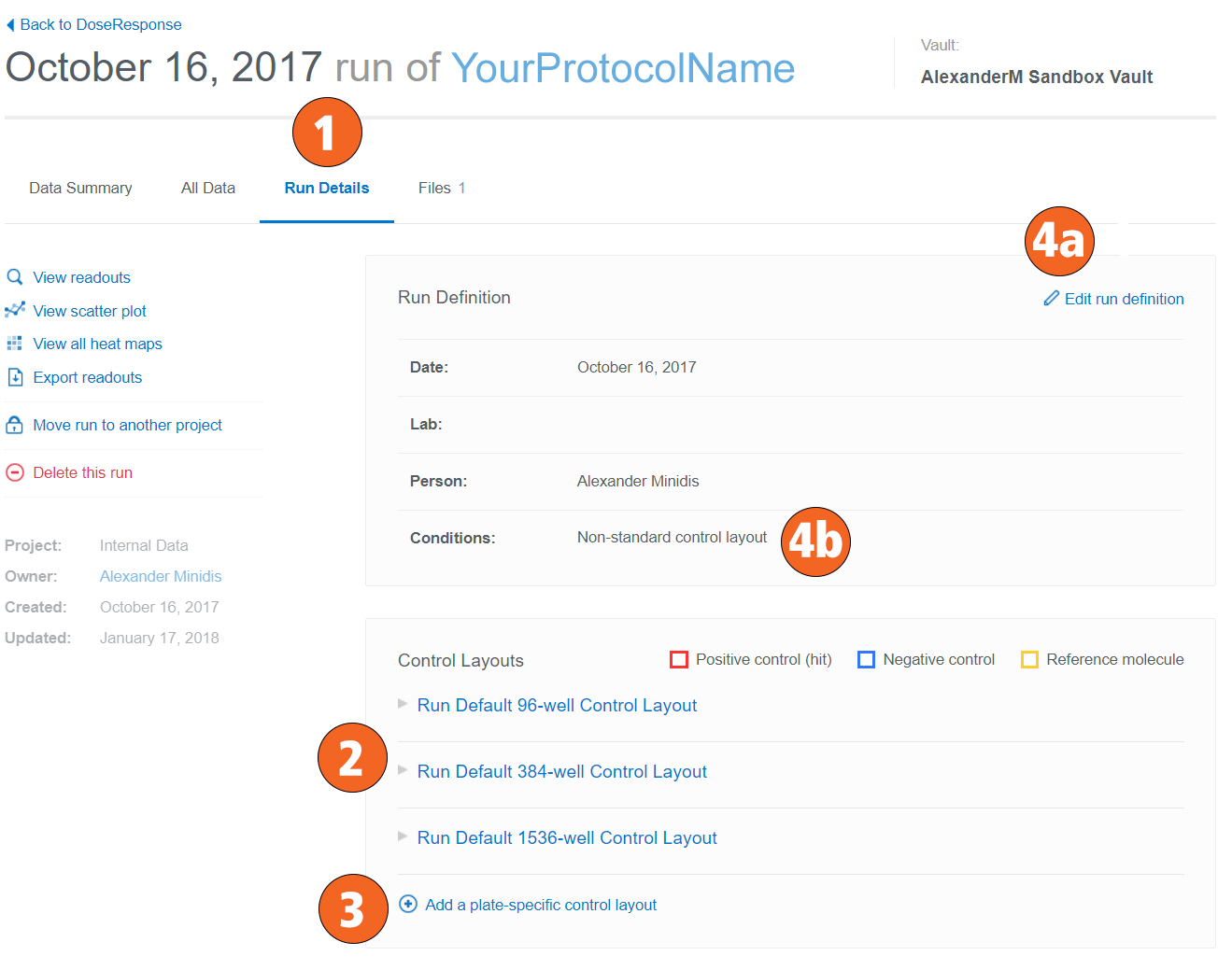 You should first see “Data Summary” Level, after having selected a Run Date - thus continue by selecting the “Run Details” tab (1). Scroll down and notice a section named "Control Layouts". Expand one or more of the options (2). Any control layouts that are defined at the Protocol level will be automatically shown/inherited here, but you now can click the "Edit this layout" button to override the control layout for all Plates in this particular Run.

If only one plate is different, or multiple plates have multiple layouts, you can instead select option (3), “Add a plate-specific control layout” and enter each plate-name, followed by editing the layout. After clicking on the text of (3) the bottom portion of the interface will change slightly and look like this:

You don't have to remember the whole plate name, as you start typing, a list will be shown of plate names starting with the your typed text.

Finally, and completely optional, you might want to consider editing the Run Definition (4) and write additional information under Conditions (4b), such as "Non-standard plate layout".