Your raw data file should contain entire plates of raw data, including any control wells. You do run controls, right?

Test wells should include a molecule/batch identifier, as well as plate and well position, then concentration and raw activity columns, as shown in the screen-shot below.

If you are importing your compound plate map at the same time as you import dose-response data, your import file will look like this: If your compound plate maps have been previously imported, you can omit all molecule and batch identifiers, and include only the plate name and well positions. Learn more about molecule identifiers.

In case of a file attachment to your dose-response data (e.g. an image file), it is sufficient to list the the image file name once per compound, it isn't necessary (actually overkill) to add it multiple times. 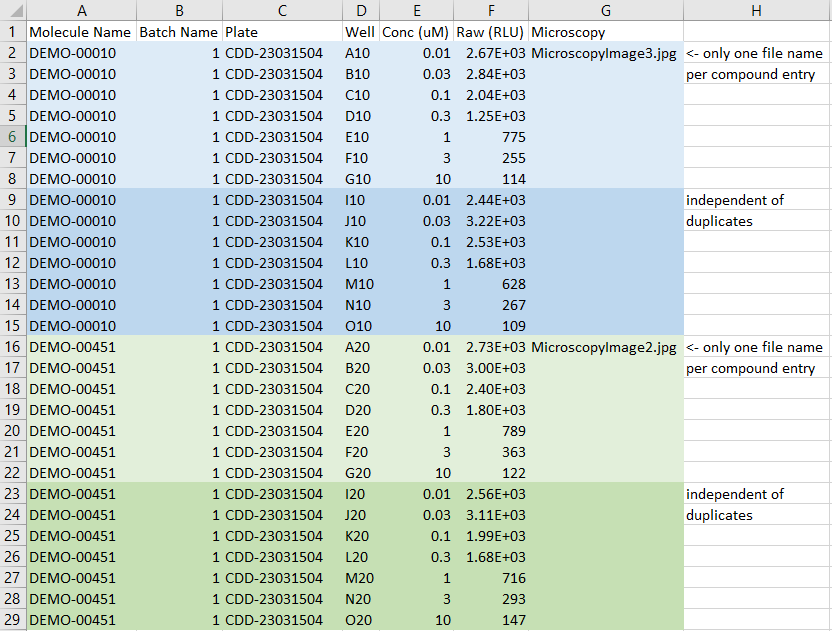 Don't forget to select all files and add them into a .ZIP file (only files, no folders) and upload this .ZIP during the import.

The mapping of the above file should look similar to this. Keep in mind that molecule/batch identifiers may be called differently in your vault, and thus will not match the screenshot exactly. We assume here that you have already defined your dose-response protocol.